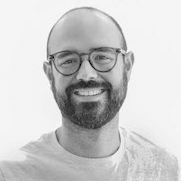 Tesla stock is one of the most impressive stock market performers of the last few years.
Although its share price has already gained more than 13,000% in ten years, it is not too late to buy it and bet on its future growth.

How much can you make with Tesla stock?

Get up-to-date and precise information on Tesla stock with its current price, dividend yield, analysis and our opinion.

Want to buy shares in Tesla: Our key take-aways

Should I buy Tesla stock?

If you're looking for a solid stock whose future growth is widely accepted, Tesla stock is probably a wise choice.
Indeed, taking advantage of the global green transition as the world's leading electric vehicle company, Tesla Group seems to have a bright future ahead of it.
Although its stock is not a yield stock as there is no dividend, it can enhance your portfolio with the objective of realizing an interesting capital gain in the long run. Here we will explain why and how to invest in the world's leading electric vehicle manufacturer and reveal the current consensus and analysis on this stock.

Technical analysis of TSLA from TradingView

How can I buy shares in Tesla ?

To buy Tesla on the stock market:

To invest in Tesla, you can go through a traditional investment firm, an online brokerage or speak with a financial advisor.

How much are Tesla shares?

Ready to invest in Tesla? Shop for through Qtrade.

Why Tesla shares could go up:

Tesla's stock currently benefits from many positive points and therefore elements in favour of a rise in its price with the following points:

Why Tesla shares could go down:

Of course, Tesla's share price is not only bullish, it also suffers from a few factors that could lead to a drop in its price:

Can I buy Tesla stock online?

Yes! You can buy Tesla shares online. For many buys this is the best way to do it. Here's why:

How can I sell my Tesla shares?

It is of course possible to resell Tesla shares that you have purchased and are holding in your stock portfolio, simply by placing a sell order from your online brokerage platform.

Otherwise, be aware that short selling will not be possible in Canada with traditional savings vehicles. In order to short sell, you will need to use a margin account or use derivatives such as CFDs or options.

What investment vehicles in Canada can hold Tesla stock?

Tesla shares can be placed in several different savings vehicles including"

There are several options available to you if you want to buy Tesla stock:

Tesla seems never to have paid a dividend to its shareholders since its IPO.

This lack of shareholder remuneration is largely explained by the group's strategy of reinvesting its profits in order to maximize its growth, particularly through innovation.

If for 2022, the group does not yet plan to pay a dividend for its shares, it is possible that Tesla will change its strategy in the future.

What is the dividend yield for Tesla over the last 10 years?

The yield on Tesla shares is obtained by dividing the annual dividend by the annual average price.

What analysts are saying about Tesla stock:

A critical analysis of Tesla stock:

Fundamental analysis data shows that Tesla stock has attractive potential for a medium to long-term strategy.

A technical analysis of Tesla stock:

From a technical and charting perspective, the signals on Tesla stock over the long-term are currently returning strong buy signals with the following indicators:

Tesla Incorporation is an American company specializing in the design, production and sale of electric vehicles.

The group's turnover is broken down as follows:

As for the geographical distribution of Tesla's revenue, the following can be noted

The Tesla group currently has 6 production sites based in the United States, China and Germany.

Who are Tesla’s competitors?

In the electric car market, while Tesla continues to be the world leader, it has many competitors. Among its main opponents, we find in particular:

Who are Tesla’s partners?

Tesla Group is banking a large part of its growth strategy on partnering with other companies. Here are some of its biggest partners: